Our first visit to the Ausländerbehörde (foreigners office) was supposed to be a confident and hopeful one.  Instead, I left frozen and terrified.  With paperwork in hand, our goal was to apply for resident permits.  Josh’s permit was easy.  He had proof of employment within Germany.  I, however, worked for a US company and couldn’t get residency just as a spouse, either.  I needed to be able to have some reason to legally stay in Germany.  Finally, we realized that my German language courses qualified and my application for residency was submitted.

But the fear had settled in my stomach like a rock and I had shut down.  In my head, I was already planning my one-way ticket back to the states, packing my bags and figuring out who gets to be with Sherlock.

The Ausländerbehörde is the scariest place to be.  I haven’t met anyone who enjoys going there.  I think it stems from a paranoia of watching American news, because everything I know about going to the foreigners office includes the phrases “illegal aliens,” “build a wall,” or “bad hombres.”  This place is filled with different people from around the world and I wonder if they are as scared as I am, double checking their paperwork and praying the government employees give them the benefit of the doubt.

We are all learning how to live in a new place with new rules and new culture. Sometimes it can feel like we’re fighting a battle just to stay, pleading our cases as if someone is looking for one good reason to kick us out.  I know from experience that this is not the case, but I still can’t sleep at night before any appointment here. 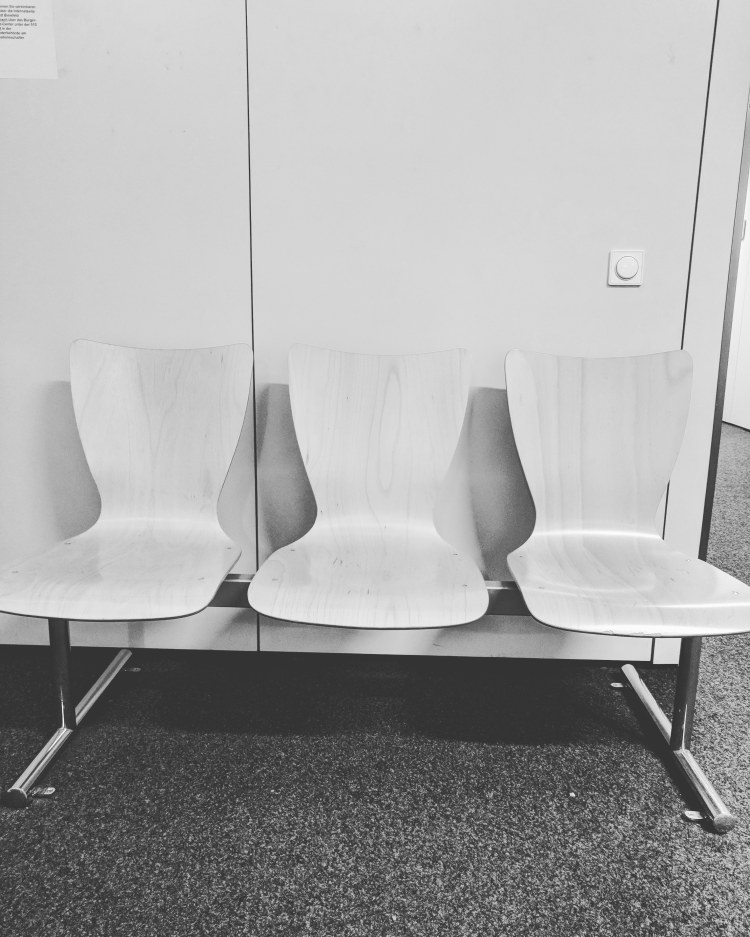 Now imagine how terrifying it must be for someone who has fled persecution, war,  or terrorism in their home country.  In 2015 Germany had the highest number of asylum-seeking immigrants in its history: 476,649 applicants.  Most of these families came from Syria, Afghanistan, Iraq, and Pakistan.  The city of Bielefeld has welcomed immigrants, refugees, and foreigners into its community, celebrating diversity, encouraging integration, and protecting cultural identity.  We have a saying here, Bielefeld ist Bunt (Bielefeld is colorful), and it shows in our people and character.

I recognize that there are significant differences between an immigrant, a refugee, and an expat.   I am not fleeing my country.  I can travel freely.  I get to go back one day.

But aren’t we all on the quest for a better life?

I was back at the Ausländerbehörde this week picking up residence permits, the waiting room filled to the brim with immigrants, expats and refugees.  A group of people from the Middle East were talking to each other in their native language while waiting for their numbers to be called.  An office door opened, and an older couple came out, excitedly waving their residence permit.  They came back to the group sitting in the waiting area and showed off their permit to everyone.  I made eye contact with another guy who was talking to the couple and he smiled wide and said “finally!”  I gave the group the biggest teary smile.

The joy and relief of that moment has no language barrier.  It’s universal.